Marie-Claire Ashcroft, aka The Professional Rebel is a Self Image Specialist – a Personal Brand Photographer and Rebel Confidence Coach for unconventional, quirky and rebellious women. 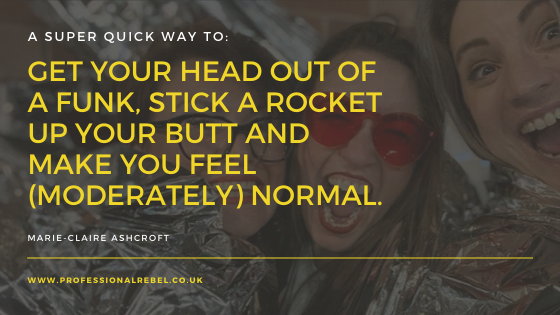 p.s before I start, normal is well overrated, ok.

She’s one of my photography clients and has also become a really good friend. 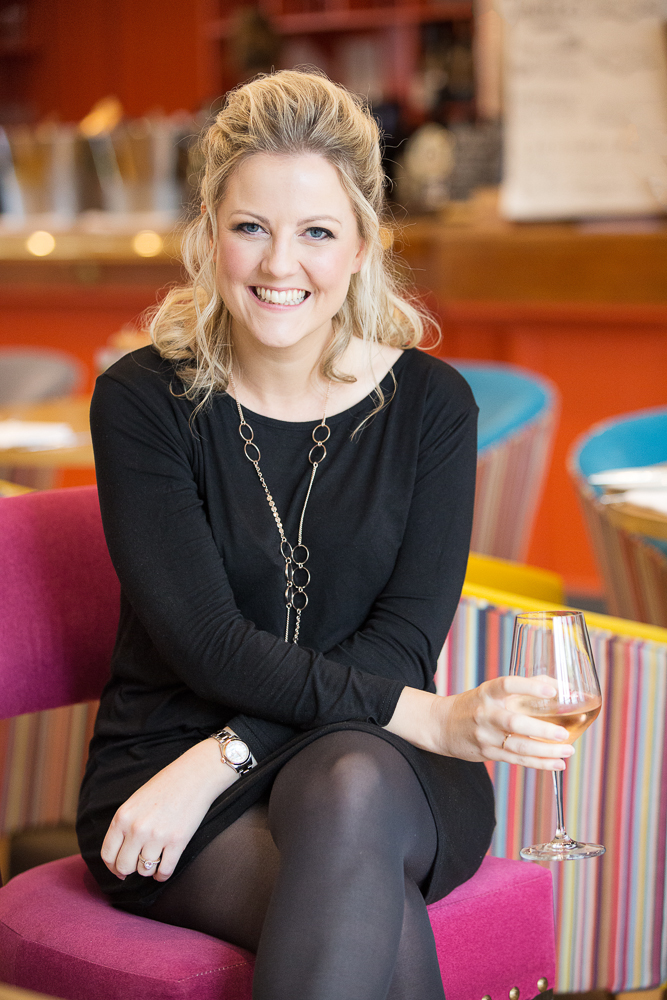 She recently did a brave and put on an event to bring a few people from the online business space together.

The usual worries were there. I’m certain she won’t mind me saying this but I think whenever anyone steps outside of their comfort zones to do something different, parts of our brains try to tell us all sorts of stuff. I get it myself – no one will come, it will be crap, am I charging the right amount, it’s a stupid idea, blah blah blah.

No one is alone when it comes to stupid thoughts that try to keep us standing in one place wrapped in a security blanky and bubble wrap not doing anything with our lives apart from fester and listen to our own private broadcast of knobhead fm.

On Saturday, she brought together a load of people for a business event.

But not any business event – it wasn’t the whole ‘Hmmmm Kimberley, have you published the annual stock report and written up the minutes to share with everyone’ whilst stiffs in suits hand out business cards and willy whopping about whose profit and penis was biggest.

I used to go to those sorts of events when I started my business.

But worse than that, those sorts of places made me feel like I was a bit wrong.

I set up a business because I didn’t fit in the world of 9-5.

I didn’t expect to feel like I didn’t fit again after busting a move to go and do my own thing.

The thing is that when you don’t fit and you don’t have the best self-belief to own your big bad self, it can make you shrink, hide and actually listen to that knob in between your ears.

You have to find the place you fit.

Or if it’s not there, you have to go out there and create it.

The reason Laura and I get on is that we are similar, we like the same kind of people and we both have utterly filthy minds.

I have to say I am so happy she decided to put the effort in to do something different, push past the head gremlins and bring a whole load of epic people together this weekend.

Laura managed to fill the room with people who used their boobs as a way to discuss marketing reach and online visibility; who drew childish cocks and balls on flip-charts to highlight the point about ‘the knob between your ears’, and whose message was to fully embrace and own all your conquests whether that’s in business or on tinder. Real serious messages, just delivered with love, humour and a bit of inappropriateness.

And those are just my personal highlights from the official running order. 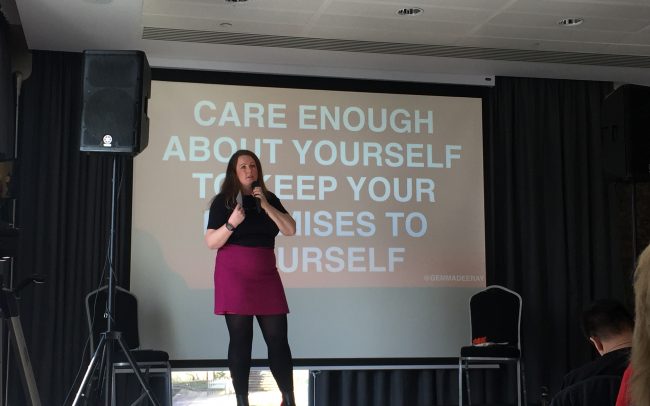 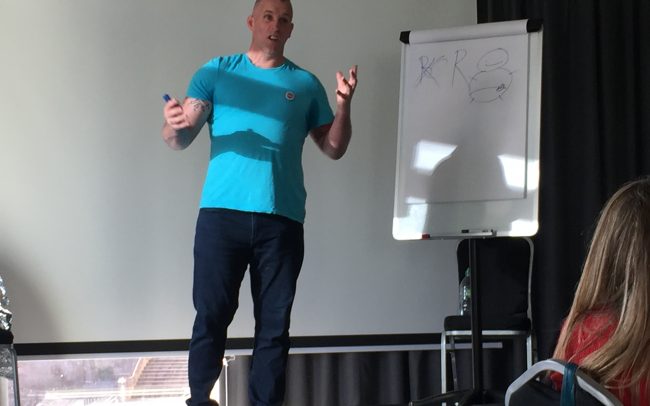 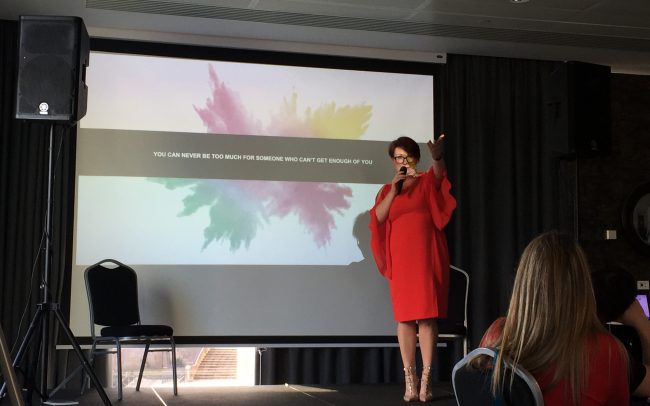 There was also an evacuation in the hotel. The fire alarm went off half way through someone’s talk. It wasn’t a drill.

Clearly instead of just grabbing my coat and leaving all my stuff, like you’re meant to during a fire evacuation, I legged it to rescue my fuck it bucket which was over on the other side of the conference room.

There was no chance I was going to let my business mascot burn up in flames. 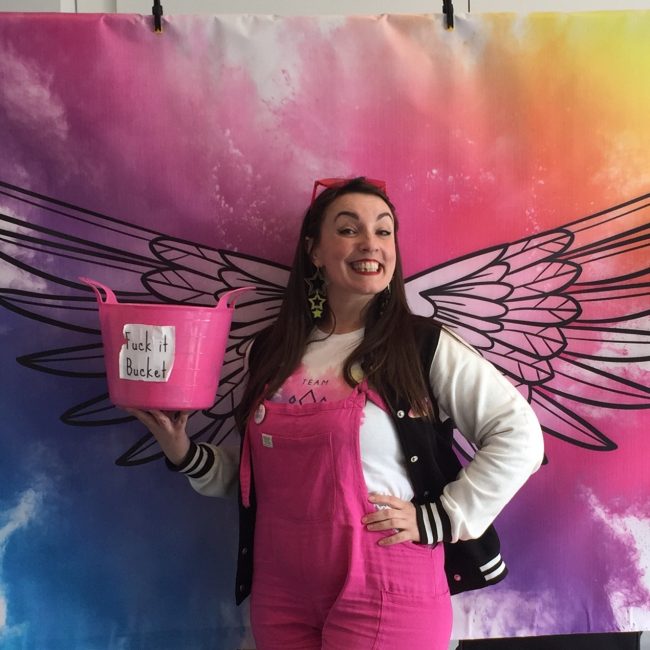 As I left the hotel, relieved with big plastic bucket in hand, there was an almighty gust of wind, which sent my fucks flying back towards the building we had just evacuated.

To my surprise, people actually started running from in front of me, arms in the air, trying to rescue my flying fucks.

It was all a bit crystal maze.

Just with added death and danger.

Oh and firemen too.

And yes, I did bother them for selfies once they’d done their job.

Whilst waiting for the building to be made safe, we stood under the railway arches, dressed in space blankets for warmth which then became super hero capes and had a little improv fashion shoot and mini disco. 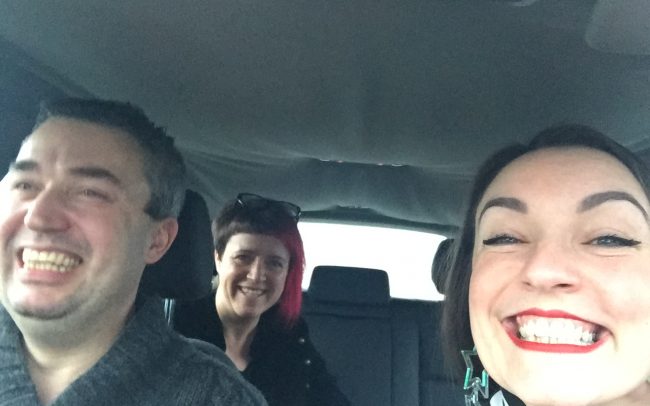 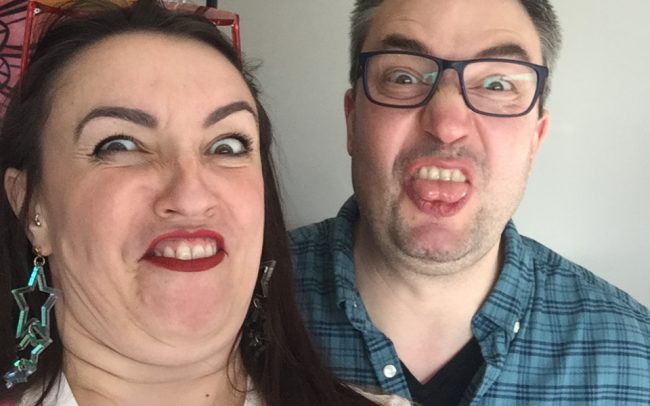 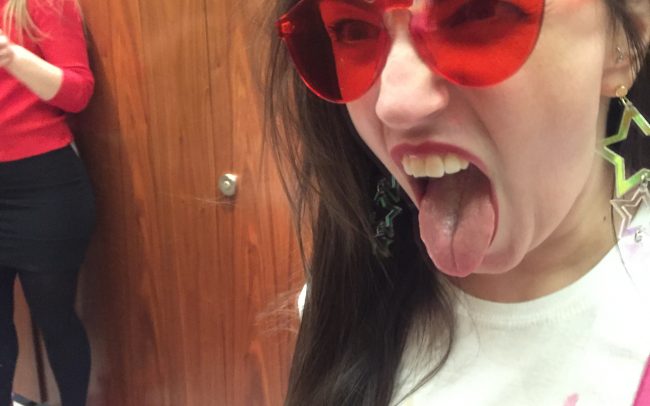 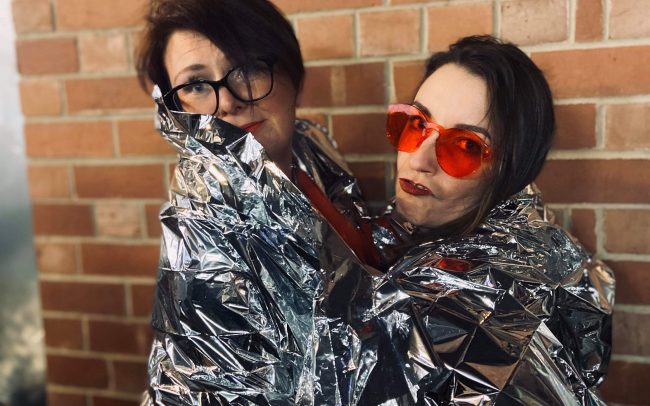 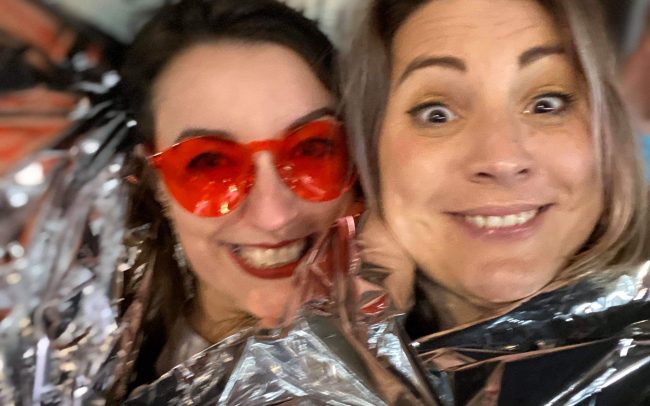 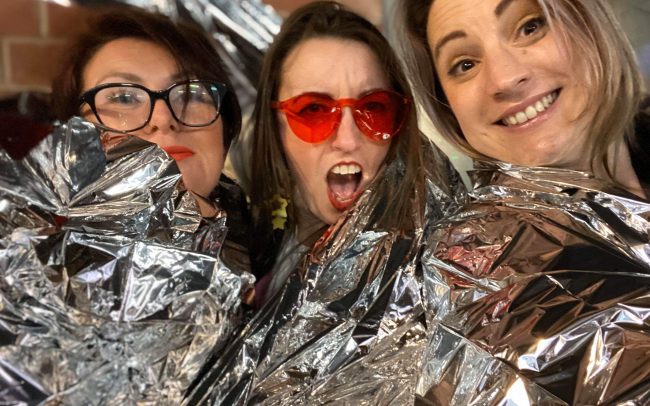 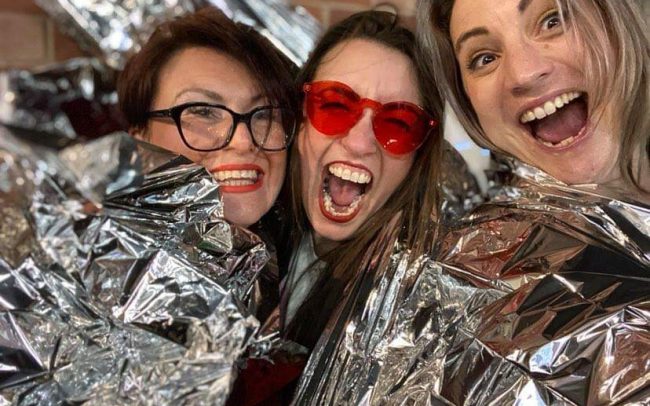 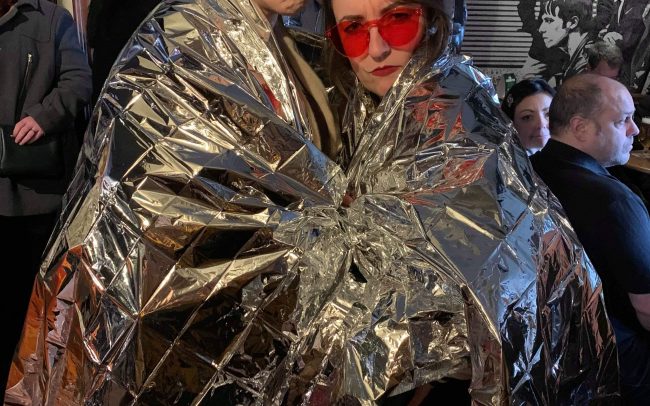 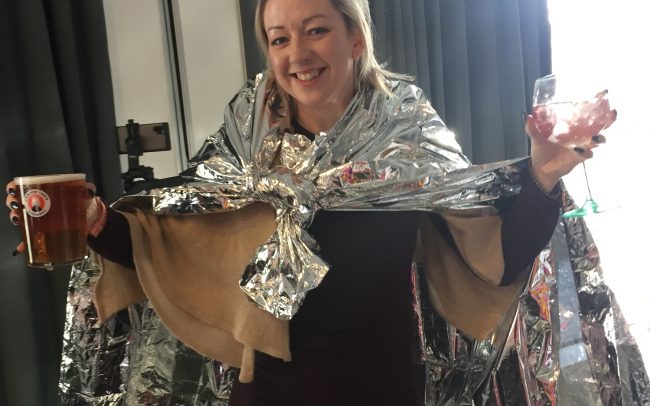 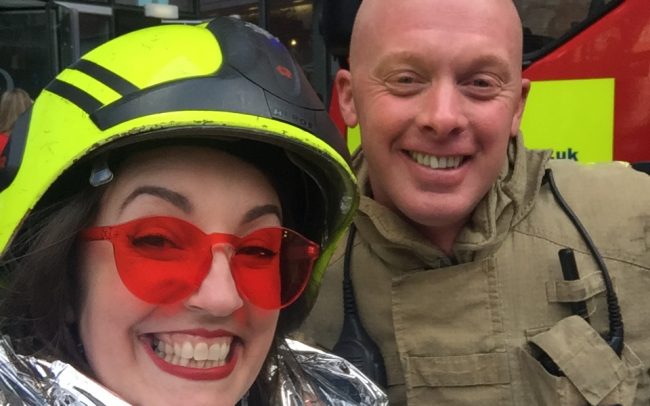 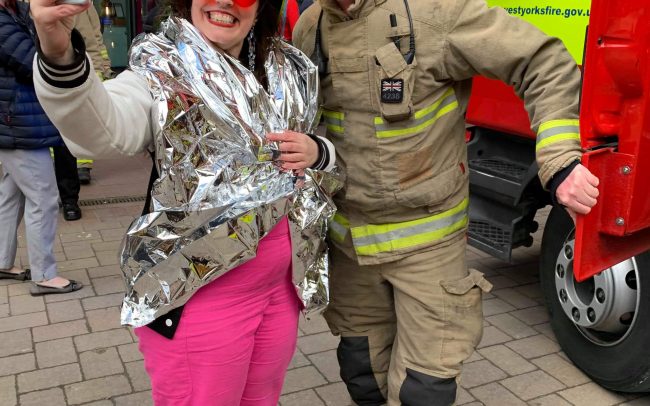 The point I’m trying to make, in all my colourful and descriptive glory is that it’s so important to spend time with people who are like you, who get you, where you get to be yourself and who remind you why you’re doing it all in the first place.

THE PEOPLE WHO GIVE A FLYING FUCK! – see what I did there 😉

It’s important to fill yourself up with some life too.

Not just sit at a computer screen, a to-do list, or in a place, next to people that make you feel lonely like you’re a bit weird.

You have to go out there and find your fellow freaks and fly that flag together!

By the end of the day, us very professional business owners found ourselves inflating someone’s skin tight latex trousers by sticking drinking straws into their ankles and singing and dancing one of the muppet theme tunes all the way to the bathroom and back.

I wasn’t even drunk!

It was a day my heart and spirit so desperately needed after what has been an utter shit show in my personal life over the past few months.

And I wasn’t the only one who felt like this afterwards.

It’s really flipping important to spend time with people who get you. I can’t say this enough. And it’s also for this very reason, along with the fact that spring is on its way at long last that I’m bringing back the Professional Rebel adventure days after a break for the winter. 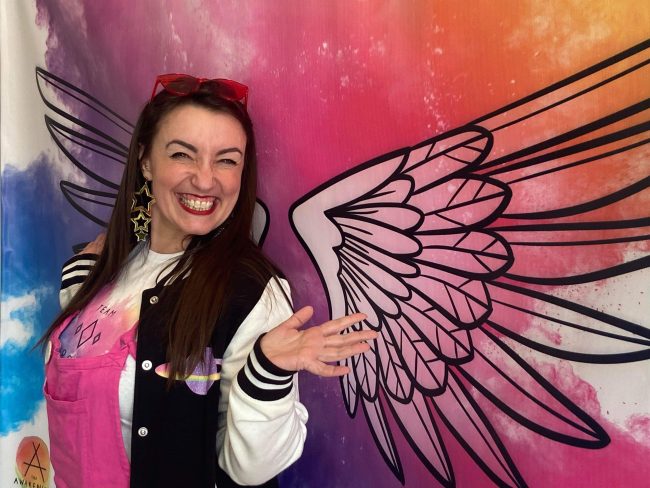 Oooh what’s this you say? How’s it work?

You get to spend the day with me going somewhere unplanned on an adventure, with access to my intuitive wisdom and creative idea generating brain whilst we drive somewhere.

We’ll bring our journals because you never know when ideas and inspiration will strike.

We’ll walk in nature, we’ll play, we’ll explore and we can even do things that you suggest along the way before making a stop for a yummy lunch and heading home later on that day.

I’ll also bring Lord Flashheart, my camera, for a mini photoshoot too capturing you at your most free spirited in the afternoon.

Complete Unplanned and Epic Awesomeness – just what your spirit, your life and your business needs.

Spaces in the car: 4 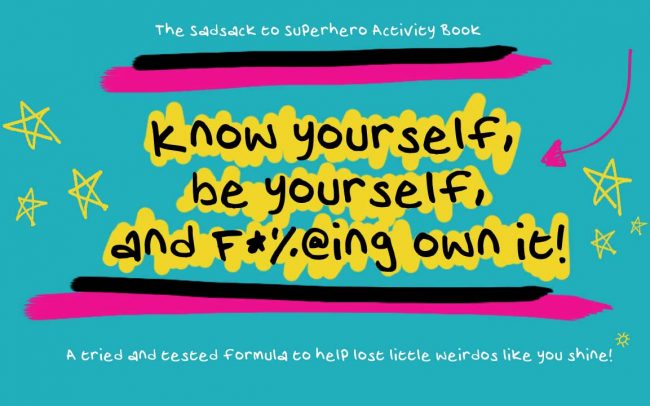 Sadsack to Superhero is a unique self-esteem experience: an online activity book like no other – with accompanying videos, a private community and access to me.

It’s a tried and tested system to help lost little weirdos like you shine!

And it’s the kick in the arse you’ve been waiting for. Find out more here. 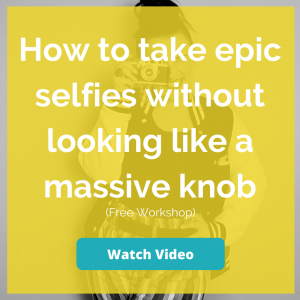 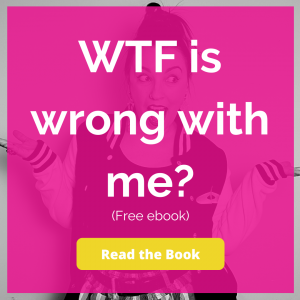 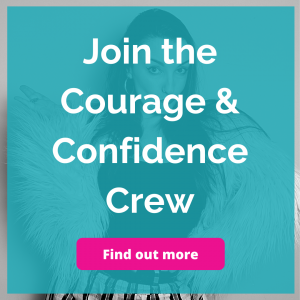